The Sun Is the Best Optometrist

WHY is nearsightedness so common in the modern world? In the early 1970s, 25 percent of Americans were nearsighted; three decades later, the rate had risen to 42 percent, and similar increases have occurred around the world.

There is significant evidence that the trait is inherited, so you might wonder why our myopic ancestors weren’t just removed from the gene pool long ago, when they blundered into a hungry lion or off a cliff. But although genes do influence our fates, they are not the only factors at play.

In this case, the rapid increase in nearsightedness appears to be due to a characteristic of modern life: more and more time spent indoors under artificial lights.

Our genes were originally selected to succeed in a very different world from the one we live in today. Humans’ brains and eyes originated long ago, when we spent most of our waking hours in the sun. The process of development takes advantage of such reliable features of the environment, which then may become necessary for normal growth.

Researchers suspect that bright outdoor light helps children’s developing eyes maintain the correct distance between the lens and the retina — which keeps vision in focus. Dim indoor lighting doesn’t seem to provide the same kind of feedback. As a result, when children spend too many hours inside, their eyes fail to grow correctly and the distance between the lens and retina becomes too long, causing far-away objects to look blurry.

One study published in 2008 in the Archives of Ophthalmology compared 6- and 7-year-old children of Chinese ethnicity living in Sydney, Australia, with those living in Singapore. The rate of nearsightedness in Singapore (29 percent) was nearly nine times higher than in Sydney. The rates of nearsightedness among the parents of the two groups of children were similar, but the children in Sydney spent on average nearly 14 hours per week outside, compared with just three hours per week in Singapore.

Similarly, a 2007 study by scholars at Ohio State University found that, among American children with two myopic parents, those who spent at least two hours per day outdoors were four times less likely to be nearsighted than those who spent less than one hour per day outside.

In short, the biological mechanism that kept our vision naturally sharp for thousands of sunny years has, under new environmental conditions, driven visual development off course. This capacity for previously well-adapted genes to be flummoxed by the modern world can account for many apparent imperfections. Brain wiring that effortlessly recognizes faces, animals and other symmetrical objects can be thrown off by letters and numbers, leading to reading difficulties. A restless nature was once helpful to people who needed to find food sources in the wild, but in today’s classrooms, it’s often classified as attention deficit hyperactivity disorder. When brains that are adapted for face-to-face social interactions instead encounter a world of e-mail and Twitter — well, recent headlines show what can happen.

Luckily, there is a simple way to lower the risk of nearsightedness, and today, the summer solstice — the longest day of the year — is the perfect time to begin embracing it: get children to spend more time outside.

Parents concerned about their children’s spending time playing instead of studying may be relieved to know that the common belief that “near work” — reading or computer use — leads to nearsightedness is incorrect. Among children who spend the same amount of time outside, the amount of near work has no correlation with nearsightedness. Hours spent indoors looking at a screen or book simply means less time spent outside, which is what really matters.

This leads us to a recommendation that may satisfy tiger and soccer moms alike: if your child is going to stick his nose in a book this summer, get him to do it outdoors.

Posted by Dr. Toby Mandelman, Optometrist at 9:56 AM No comments:

Fog Has Lifted for Spectacle Wearers 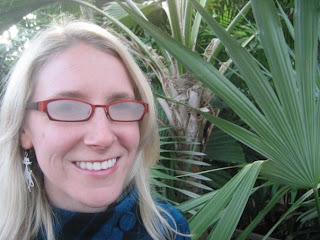 Researchers in Canada have developed the first permanent anti-fog coating, according to a study in the March issue of Applied Materials and Interfaces. They suggest that this development could be used indefinitely to eliminate the buildup of fog on eyeglasses, windshields, goggles and camera lenses.

The final result was a thin, transparent, anti-fog coating that did not alter the optical properties of the surface on which it was overlaid. And best of all, the specialized coating did not wash off even after 24 hours of water immersion.

“Existing anti-fog treatments don’t have these properties and won’t withstand washing, so the product application must be repeated regularly,” says lead author Gaetan Laroche, Ph.D., professor of sciences and engineering at Laval. “Our coating, on the other hand, is permanent.”

Negotiations are currently underway with a major eyewear company that is interested in obtaining a license for this technology.

Posted by Dr. Toby Mandelman, Optometrist at 4:51 PM No comments: 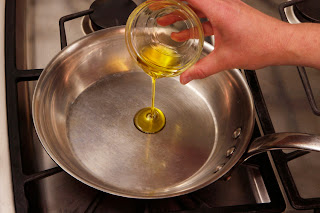 Pour some more of that EVOO on your plate -- a study finds that eating more olive oil could be linked with lower stroke risk in older people.

Medical records of 7,625 people 65 and older who lived in three French cities were examined by researchers to determine how their olive oil consumption affected their chances of having a stroke. The participants had no history of stroke at the beginning of the study.
Olive oil is a component of the Mediterranean diet, which is rich in healthy fats (like olive oil and nuts), plus whole grains, fruits, vegetables, fish and chicken. Red meat and wine are consumed in moderate amounts, and regular physical activity is part of the regimen as well. Other studies have linked the Mediterranean diet with a lower risk of heart disease, but scientists are still assessing the roles various portions of the diet and lifestyle play.

In an average 5.25 years of follow-up, 148 strokes occurred. Those who were intensive users had a 41% lower stroke risk compared to those who never used olive oil. Researchers arrived at that number after adjusting for such factors as body mass index, other stroke risk factors, diet and physical activity. The results were statistically significant for ischemic stroke (caused by blockage of an artery to the brain) but not hemorrahagic stroke (caused by the rupture of a blood vessel).

The authors noted that the findings could be used to make dietary recommendations for older people at risk for stroke. The study was published online Wednesday in the journal Neurology.
Posted by Dr. Toby Mandelman, Optometrist at 8:46 AM No comments: 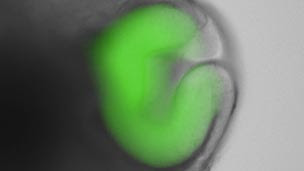 By Michelle RobertsHealth reporter, BBC News
A part of the eye that is essential for vision has been created in the laboratory from animal stem cells, offering hope to the blind and partially sighted.

One day it might be possible to make an eye in a dish, Nature journal reports.

The Japanese team used mouse stem cells - immature cells that have the ability to turn into many types of body tissue.

With the right mix of nutrients, the cells changed and began to grow to make a synthetic retina.

Ultimately, scientists hope they can use this approach to make endless supplies of retinal cells or indeed whole retinas that can be transplanted into patients with visual impairment.

Eventually, it may even be possible to create a whole eye.

A US biotech company has already been granted a license to begin human trials of a stem cell treatment for blindness.

The retina is the name given to a diverse group of cells that line the inside of the back of eye.

Rays of light enter the eye and are focused onto the retina which produces a picture that is then is sent along the optic nerve for the brain to interpret.

The eye and the brain together produce the images that we see.

Retinal diseases can cause severe vision loss or blindness if left untreated.

Retinitis pigmentosa and age-related macular degeneration (AMD) are the most common causes of blindness in old age, and involve the gradual and normally irreversible destruction of retinal cells.

In the Japanese study, the cultured stem cells spontaneously organised themselves into a complex structure that resembled the developing embryonic eye.

The three-dimensional, layered structure was reminiscent of the optic cup, a two-walled pouch-like structure, which ultimately develops into the inner and outer layers of the retina.

The scientists said they were surprised at how well the cells organised themselves with little intervention from them.

They said: "Self-formation of fully stratified 3D neural retina tissues heralds the next generation of generative medicine in retinal degeneration therapeutics, and opens up new avenues for the transplantation of artificial retinal tissue sheets, rather than simple cell grafting."

"It is particularly exciting that this could also provide a source of cells for transplantation."

Barbara McLaughlan of the RNIB charity said: "This piece of research contributes to the ongoing efforts to harness stem cell research to benefit patients with a number of eye diseases.

"We welcome these efforts particularly where they move from early laboratory research in mice to trials in humans that are an essential part of developing safe and effective treatments."

Posted by Dr. Toby Mandelman, Optometrist at 11:26 AM No comments: