Mouse-eye view may lead to gene therapy for blindness 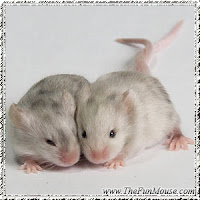 IF YOU’VE EVER wanted to look through someone else’s eyes, you can do it right here in Halifax at Dalhousie’s medical school.

Or, more specifically, you can look through the retina of a mouse. The retina is being kept artificially alive in a dish, fed with oxygen and glucose, and its optic nerve is hooked up to a computer. If you visit Dr. Gautam Awatramani’s lab, you can watch the computer screen and see what the mouse would see if it still had its retina.

Sounds like sci-fi? In fact, Awatramani’s research into vision is so cutting-edge that he was turned down for grants only a few years ago. He said the Canadian Institute of Health Research told him he was crazy and should stick to basic science. Now the neurobiologist’s work, which offers some of science’s best prospects for restoring sight to the blind, is feeding into a booming academic field that is slowly being taken up by biotechnology companies around the world.

Awatramani’s specialty is called optogenetics. Like it sounds, it combines optics, or light, with genes that are tweaked to respond to that light.

In 2008, with friends in a lab in Switzerland, he was part of a scientific breakthrough when his team took genes from green algae, a plant that responds to light, and injected them into the retinas of mice that were predisposed to go blind later in life.

The mice that had been treated with algae genes kept some of their vision while the others went completely blind. The effects of the gene therapy also lasted in the long term as the part of the eye that had degenerated began to express the new gene on its own. Down the road, Awatramani said, he hopes to see a new surgery developed that could do the same for human eyeballs.

"The operation should be very simple. That’s the beauty of the system," he said. "I think it’ll form its own niche, for sure."

The business world might take some time to catch up. Companies have been busy over the last few years developing visual prosthetics, or implants that can help stimulate parts of the eye.

It’s a small field but has attracted a fair amount of attention and investment.

The commercial leader in visual prosthetics, Second Sight Medical Products Inc. in California, made Fast Company magazine’s top-10 list of innovative health companies this year and counts billionaire bioengineer Alfred Mann, who helped develop the cochlear implant for the deaf, among its investors.

Optogeneticists’ attempts to do the same thing — restore some vision to the blind — are slowly starting to win some of that attention, Awatramani said. While the prosthetics stimulate an entire layer of the retina more indiscriminately, feeding the brain information that it finds harder to decipher, algae genes work in a more specific and natural way since they build on the retina’s existing structure.

"It’s a little bit of a crazy idea, but I think people find it less crazy now than they did a handful of years ago," said Alan Horsager, co-founder of a tiny Los Angeles firm called Eos Neuroscience Inc., one of the only companies trying to usher the research through clinical trials.

Horsager said some of the world’s biggest pharmaceutical companies are also looking at gene therapy for the blind. Incorporating genetics into medicine is becoming a more common idea, he said, although no type of gene therapy has been approved for humans yet.

He and his two co-founders at Eos are talking to the U.S. Food and Drug Administration and could bring research like Awatramani’s to market in five to eight years.

"People are coming around and saying, OK, gene therapy isn’t so weird," Horsager said. "You have some data here."

For the medical industry, being able to "light up" specific neurons has far-reaching applications, especially understanding the brain’s more complex patterns.

"The retina’s a piece of brain," Awatramani said in his lab.

"It’s the most accessible part of the brain. We can get to it fast and easily, and from a business perspective, that’s why it’s so attractive for treating neurological disease, because you don’t have to open the skull to get to it."

Posted by Dr. Toby Mandelman, Optometrist at 11:20 AM