May 21, 2009
Excerpt from Visionary Eyecare
This story is so similar to many I've experienced in my own office. A so-called 'problem' child comes in for an eye examination and ends up doing great in school after getting some badly-needed glasses! I even had a patient who had never had an eye exam until his 20's and had dropped out of school as a youngster and felt he was a failure in life. After finally getting glasses he so desperately needed, he went back to school and is now gainfully employed, happy and married with 3 beautiful daughters. Incidentally, all three girls inherited his problem, but were treated early and really enjoy going to school.
Toby Mandelman, Optometrist

This is a story of how an eye exam can actually change the course of a child’s life.
Jennifer is a loving mother of an 5 year old little boy. Her son is absolutely adorable and a really good child yet, in school he was being labeled a “difficult / problem child” and a “disturbance in the classroom”. He often did not want to pay attention in school, frequently “acted out” and even threw his books. He just did not seem to be interested in reading or learning – at ALL.
As a mother, she knew that this behavior in school seemed a bit odd and out of character for the sweet, loving boy that she knew her son to be at home. The comments from the school really alarmed Jennifer that something was definitely wrong.
Her young son had passed his Pediatrician’s vision screening, AS WELL AS the school vision screening but, acting on motherly instinct – she ignored the comments that “his vision is fine” and took him to see the Optometrist, Dr Dawn Bearden, for a routine eye exam. Eye Doctor, Dr Bearden, manages the Visionary Eyecare (Independent Doctor of Optometry) offices next to Lenscrafters in Pembroke Pines and Sunrise and also next to Pearle Vision in Davie.

During the routine eye examination – Dr Bearden discovered that Jennifer’s son was able to read the eye chart with just a little bit of blur but, he needed eyeglasses to correct the strain that he was feeling while reading. Once the strain was relieved from wearing the glasses full time…the child suddenly became more attentive in school and began reading ALL THE TIME.
Actually, he loved reading SO MUCH that he won an award from his kindergarten teacher for reading!! He even received an award from the school’s Principal for “Most Improved Reader”…he actually read 26 books within 30 days. WOW!! 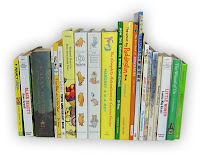 parents NOT to be lulled into complacency by their child passing a vision screening. Her child could have gone through life in the classroom being labeled a “problem” and a “disturbance” simply because he could not see well and his eyes were being strained in school.
Jennifer states the following in her video:
No matter how well a parent THINKS their child sees well or if a child is labeled a “problem” in the classroom because he does not pay attention…it may just be because he can’t see well.
The eye exam has made a HUGE difference and my son has excelled, he is doing wonderful and his behavior is like “night and day”!“I’m a big ADVOCATE…get your child checked by a (eye care) professional!!”
Posted by Dr. Toby Mandelman, Optometrist at 6:22 AM